I’m not one (normally) to blow a brass wind instrument as favoured by Kenny Ball, but the personal after effect of my Olympics experience is manifest in one particular aspect. All that walking up and down the 600 metre length of the Excel, climbing stairs and not sitting down a lot has resulted in a weight loss of one (1) stone, which is 14lb for our American friends or 7kg ish for our European ones.  Now don’t get me wrong, it’s not the only exercise I’ve had in the last year; I’m a member of a local health club where I go at least 2-3 times a week and on other days go out for 1½ hour bike ride so for my age I’m reasonably fit. But, and it’s a biggie, I haven’t lost so much as an ounce (gram) in over 5 previous years of trying. Quid pro quo as the best scholars would say: tit for tat. So by process of elimination you could say that walking (perlease NOT running) is the best way to exercise and lose weight? I’m no scientist but it seems logical to me, so now I walk to the local shop, about ¾ mile for light groceries, and find it therapeutic and calming. On the other hand, I can’t understand why people run marathons, man was not designed to run long distances, that is a phenomena from the introduction of the modern Olympics. No, I firmly believe that the human frame hasn’t changed over millennia, and we are built to run short distances to catch prey (or a woman). So I agree with the 100, 200, 400 metre sprint for example but cannot understand the need to run 5000, 10000 metres or even 26 miles 385 yards. Not to detract from Mo Farrah’s achievements but it’s just not for me.  I know so many distance runners who have had trouble with the hips, knees or feet and have had the concomitant surgery to correct the problem/enable them to walk again without pain that I’m doubly convinced that walking is the best way of moving your body around under its own steam.  Hey ho another rant over, but I welcome feedback on the subject.

The football season is deep in progress again, excuse me while I yawn.  The once beautiful game has been turned in to a hooligans paradise, what was the quote, oh yes, ‘football is a gentleman’s game played by hooligans, and rugby is a hooligans game played by gentlemen’.  I know they are trying to get their act together but when a famous footballer is cleared of an offence by the courts and is subsequently tried and found guilty by their ‘trade’ association, something is very wrong, and I venture to suggest that the FA are out of touch, old-fashioned and living in a fantasy world, and those are their good points.  The footballer in question was fined the equivalent of 1½ weeks wages which for a normal working man would be in the region of £350, but his fine was allegedly £200, 000+.  There something wrong where a working class ‘professional’ can earn the sort of money where a fine of this magnitude warrants the loss of just 1½ weeks wages.  The old saw about footballers having a short life of maybe 10 years and that they have to earn as much as they can while playing to keep the wolf from the door after their playing days are over doesn’t wash I’m afraid.  When a footballer can earn £3.5 million a year for kicking a ball around doesn’t someone in the game say, ‘hang on that’s an a awful lot of dosh for one person’? No? Well maybe there’s something rotten in the game then, because that must be unsustainable for all but the richest clubs, but then I don’t understand the finances of the football league. And it doesn’t translate into the national team, who are just rubbish and will never win anything.  Personally I think the lady footballers can teach the men players quite a bit. Watching the Olympic ladies football, I was struck by the fair play, non swearing and general niceness with which the ladies played their matches.  Watching the foul-mouthed, bullying, cheating male equivalent, you can see why wars are started by men and not women. 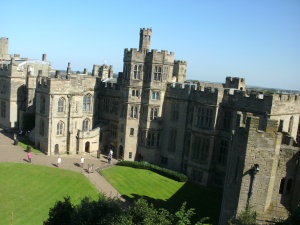 So the autumn is upon us and winter draws (or drawers) on.  Wasn’t much of a summer, and now the latest rainfall has caused chaos both here and in Spain.  All the portents of a hard winter are there: berries fruiting earlier – check, leaves staying on the trees longer – check, the main unions trying to disrupt the country – check, yes it could be a long one.  The one thing  that doesn’t care about criticism and takes no notice of  ranting and raving about it though is the weather, so we have to live with it in whatever way we can.  I feel genuinely sorry for those in whatever  country who have their homes flooded out time and again, but surely there is a solution?  Whatever is spent on other services and despite the cutbacks by central and local government, priority should be given to old-fashioned ideas like clearing drains, dredging rivers and making sure run-offs are clear and able to cope with excess water.  Drive along most newish dual-carriageways and the drains are generally covered in rubbish  with trees and bushes growing out of them.  Rubbish thrown out by inconsiderate drives finds its way to the drains and the whole thing backs causing overspill onto the roads and into houses. Yes, we have a lot of rivers and drains in this country but they have also been neglected for years, probably because of light rainfall and mild winters over the years, but it’s no good being complacent, this sort of maintenance should have been kept up.  The picture on TV of the block of flats with the foundation piles exposed, in a very precarious situation shows how dangerous water can be, it should not be taken lightly.  We had water shortages and hosepipe bans earlier in the year, aren’t the water companies quiet at the moment? Don’t they want all this excess water?  Well I doubt it because most if not all of them are foreign-owned so why should they care what is happening in some far off land, as long as their profits stay high?  Well I’ve had enough of a rant for now, I shall keep my eye on what tickles my interest and report on it. As usual if you have any comments I would be delighted to hear them via the comment option below.

Retired aerospace engineer, first with the Royal Air Force and then BAE Systems. Now enjoying a variety of activities and not getting bored. I was a Games Maker Volunteer at the London 2012 Olympics and a volunteer at the Rugby World Cup 2015 in England. I was also a volunteer at the 2019 Cricket World Cup in Southampton. I intend to blog about what interests me.
View all posts by cliverh →
This entry was posted in My World and As I See It, Olympics. Bookmark the permalink.